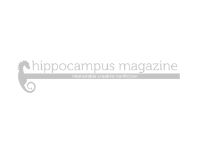 My strongest memory of the 9/11 attacks is paging through the collected “Portraits of Grief” compiled by The New York Times. It is a heartbreaking more than 550 pages of obituaries, yet it is not even a complete list of the dead. But Saved at the Seawall reminded me to shift my focus from grief to hope. I turned toward the other image burned into my memory of that time, the photograph of first responders carrying the body of Mychal Judge from the rubble of the towers. Judge, a Catholic priest, and chaplain of a New York City fire department, was a constant, committed support to those in need, including addicts, the homeless, or the victims of the AIDS crisis. He was also first on the scene at 9/11 with the firefighters he served. He chose to turn in the direction of the destruction to help regardless of the cost to himself. The same is true for every single voice that DuLong brings us in this book and in these voices we see a light in the darkness.

As DuLong mentions in the preface, it’s hard not to think of the current pandemic when reading this book. Another one of the stories recounted in Saved at the Seawall is that of Gulmar Praga, a Marine engineer aboard the John D. McKean FDNY fireboat. As he saw the tower collapse, he admitted his first thought was, “I’m glad I’m not under it,” even as he knew his friends were dying. But seconds later, he rushed to deliver aid. In the current pandemic or other crisis, even if we aren’t impacted, our next thought should be how we can help those suffering. Saying this can sometimes feel like an unattainable ideal but Saved at the Seawall: Stories from the September 11 Boat Lift proves that ordinary people can offer respect, assistance, and kindness to help others through even the worst crisis.