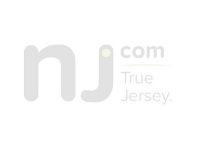 But 20 years later, the maritime evacuation is finally getting more attention.

“Boatlift,” an 11-minute documentary short narrated by Tom Hanks, debuted in 2011 but seems to have gained more traction in recent years. It’s commonly shared on Facebook on 9/11 anniversaries, prompting people to comment their surprise that they had never heard the story.

DuLong’s book, “Saved at the Seawall,” was released in May (after debuting in 2017 under a different title). It offers a definitive account of the evacuation through dozens of eyewitness accounts. Her research is featured in Spike Lee’s new documentary series about 9/11, which began airing last month and continues this weekend on HBO.

On Friday, the New York Council Navy League will host a “9/11 Boatlift 20th Anniversary Tribute” in Battery Park, honoring the ordinary people who cast off lines that day, again and again.

DuLong says that’s why their story is important — it’s a story about all of us and our potential during times of crisis.

“The story of the boatlift, the actions taken by so many people, the risky, selfless, generous actions serve as a model of how we can actually be now and in the future,” DuLong said. “This is actually who we all are. This is not that all mariners are heroes. It’s not that all firefighters are heroes. Time and time again, it’s just regular individuals.”