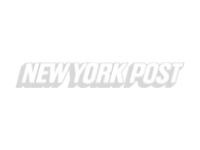 New York Waterway Port Capt. Michael McPhillips had been standing in the wheelhouse of a ferryboat halfway across the river, when he noticed the South Tower begin to buckle. He’d already made eight round-trip runs ferrying passengers to New Jersey since the first plane hit, while also manning the radio and fielding questions.

At 9:45 a.m., when another captain offered to take the helm of the Frank Sinatra so that McPhillips could focus on operations, the overwhelmed port captain had gladly given up the wheel. He soon wound up conducting operations in the wheelhouse of a different ferry, the George Washington. Now, seeing the cloud exploding up and out from the shrinking South Tower, he barked out a warning to a captain who had been lining up for his approach to the World Financial Center terminal: “Get the f–k out of there!”

In an instant, the scale of the disaster had magnified, transforming the evacuation-in-progress into a full-blown rescue effort. The cloud rolling past the seawall blanketed the river’s surface and blinded boat captains, forcing them to navigate by radar alone. But sometimes even the radar couldn’t penetrate the particle-filled air.