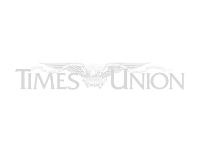 At 8:46 a.m. on the bright morning of Tuesday, Sept. 11, 2001, Huntley Gill was fast asleep in his Manhattan apartment. Tim Ivory was getting breakfast at a place near the New Jersey marina where he was living on his boat. Jessica DuLong was in her Brooklyn flat working on a freelance story.

Within 24 hours all three would be aboard the John J. Harvey, an old fireboat tied up just a short walk from the smoldering remains of the World Trade Center.

…
The trio’s shared maritime interests are linked to the Harvey, named for a FDNY fireboat captain killed while battling a ship fire in 1930. When launched a year later, the Harvey was the fastest, most powerful fireboat in the world, capable of pumping 18,000 gallons of water per minute from its battery of water cannons used to douse ship and shoreline fires.
Source
All Press
← The Kathryn Zox Show Ep. 1382: 9-11 Maritime Rescue BR Interview →
Manage Cookie Consent
Cookies are used to optimize this website
Manage options Manage services Manage vendors Read more about these purposes
Preferences
{title} {title} {title}