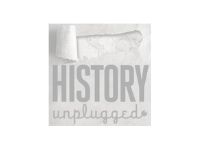 The most famous large-scale sea rescue in history is the Dunkirk evacuation. Here nearly 400,000 Allied soldiers were surrounded by the German army in 1940, and Winston Churchill said, “the whole root and core and brain of the British Army” had been stranded at Dunkirk and seemed about to perish or be captured. But they were rescued off the coast of France between 26 May and 4 June in an improvised fleet. But few know there was actually a larger evacuation that happened in America, and it happened immediately after September 11th.

As DuLong explains, “Still today few people recognize the significance of the evacuation effort that unfolded on that landmark day. This book addresses that omission. The stories that follow are the culmination of nearly a decade of reporting to discover how and why this remarkable rescue came to pass—what made the boat lift necessary, what made it possible, and why it was successful.