Preface to the Paperback Edition 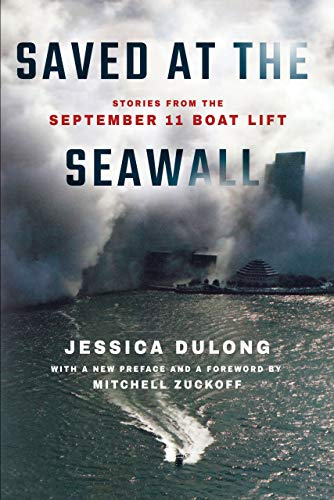 Moments that define endings also mark beginnings. On September 11, 2001, history split into before and after. This rift occurred in an instant, at 8:46 that morning. Then the horror unspooled for hours, days, weeks, and even years as the toll of death, destruction, and, later, disease continued to rise. Life was irrevocably altered.

Two decades later, our world has once more been rent in two. Instead of mourning nearly 3,000 murdered on a single morning, we grieve the millions of people killed by COVID-19 worldwide. This time, the division between before and after came not as a sudden shock of violence but over the course of months as outbreaks spread across the globe. Even here in New York City, a world epicenter, some neighborhoods suffered relatively few deaths or disruptions while others have shouldered terrible losses. Yet, the pandemic has forced all of us, regardless of nation, state, or zip code, to confront profound changes. And none of us knows yet what to expect in what Don DeLillo described in Falling Man as “the days after.”

Ruptures caused by historic events like terrorist attacks and pandemics leave us reeling, struggling to grasp what it means to survive—to remake our lives in the aftermath. Over time I’ve come to believe that our best hope arises out of respecting our scars as evidence of our ability to persevere—to build a future out of our past. Every scar has a story. In the wake of trauma, these stories help us make meaning out of suffering, supporting our efforts to reassemble the pieces of our lives in the permanently altered after.

On Friday, September 14, 2001, I didn’t yet understand any of this. After four days supplying Hudson River water to fight fires at the World Trade Center, retired New York City fireboat John J. Harvey docked at her home berth on Manhattan’s western shore. I was part of the crew preparing to return to the regular world—or whatever new version of it would greet us outside the perimeter of destruction.

After securing lines, the boat’s chief engineer, Tim Ivory, jumped the gap from the 1931 vessel’s caprail to Pier 63 Maritime. A crowd circled up around him—friends of the boat, regulars on the pier, others I didn’t recognize—all hungry for information about what was happening down there. Their questions prompted answers, then a torrent of stories.

I watched through the wheelhouse windows as Tim held court. My own words had fled. I feared that confining this time, these events within words would dull the sharp-edged truths, boxing them in, leaving them muted and pruned at the edges by the limits of lexicon. No language felt sufficient.

Over the coming months, as people from every corner chimed in to give their accounts of that day, the fireboat offered me respite. Relieved of official duties, the boat returned to her retiree status and, once the harbor reopened to nonessential traffic, again started taking people out on cruises. In my spot below decks at the control pedestal, swinging the levers that power the boat’s propellers, the roar of engines drowned out all the talk. But, of course, this defining moment—the deadliest hostile attack on United States soil—could not go unvoiced forever.

Only after years of avoiding conversation about my time at Ground Zero did I finally make my peace with the human need for September 11 stories. Chronicling catastrophe necessarily creates a distance, a remove. I could hear this distance when I compared the tight, pinched cadences of first responders taped in the days immediately after the attacks with the interviews of those same people I recorded years later. Ultimately, creating that emotional space is necessary for forging a path forward. In time, I recognized that the importance of preserving this history outweighed my need to fend off the anguish of these accounts—both others’ and my own.

Understanding the reluctance some survivors and rescuers felt about delving into their own harrowing memories made me all the more grateful to the many who did agree to interviews— particularly those who shared for the first time their full stories, with all the raw details. They agreed to do so for the sake of documenting this pivotal moment in history, and that willingness brought this book to life.

Reading their stories now, under the weight of the pandemic and all its devastating repercussions, provides a window into what’s possible. On these pages we see the collaboration, comity, and community that offer a promise of who we can be, both now and after.

On September 11, and in the days and weeks that followed, people here in New York City came together. We gathered en masse at makeshift memorials in Union Square, outside the city’s firehouses, and along the border of the “frozen zone.” We lit candles, posted signs, shed tears, and stood together with strangers in solemn silence.

In March 2020, instead of togetherness, COVID compelled isolation, calling upon us to wear a mask, wash our hands, and maintain six-plus feet of distance. We steered clear of others— sanitizing our groceries, quarantining our mail, and fearing our neighbors. However collective our trauma, our individual family tragedies have taken place in quarantine—in homes and hospitals—rendering the uptick in numbers largely faceless to those on the outside. Owing to pandemic restrictions, a grieving nation has been unable to properly mourn its dead.

How will we ever recover?

We will, as we always have, through drawing upon the best of humanity that rises up in the bleakest times. What saves us is recognizing our place in the long arc of history. What saves us are stories that forge human connections across divides. What saves us, finally, is hope.

In Hope in the Dark—a book I’ve taken to carrying around with me as an antidote to the grinding miseries of 2020—Rebecca Solnit writes: “Hope locates itself in the premises that we don’t know what will happen and that, in the spaciousness of uncertainty, you recognize that you may be able to influence the outcomes—you alone or you in concert with a few dozen or several million others.” In this dire moment, hopelessness, like helplessness, is not an option.

We have much to learn from the mariners and others who, when the planes struck, stepped out of their workaday roles to become first responders. Over and over again they chose to help. They recognized fellow humans in peril and did all they could to come to their aid. Each of us has this capacity within. What choices can we make today to act out our hope, our humanity? How can we connect with others by listening, really listening, to their stories?

In this time unlike any we have known, the story of the largest boat lift in history serves as a vital reminder of the reflexive resourcefulness and resounding human goodness that light up the darkest days.