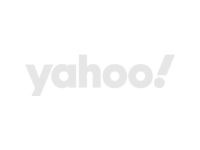 In a black silk blouse with skinny jeans and stylish black boots, Jessica DuLong doesn’t look like she spends her days in the bowels of a 78-year-old fireboat. That’s because I met her on a day when she was inhabiting her other job, that of the author of a newly released book.

A former dotcom executive and freelance journalist, DuLong had an accidental career change after spending some time volunteering on The the John J. Harvey, a retired 1931 New York City fireboat that has become a living museum. Now one of few female fireboat engineers in the world, DuLong’s newly published book, “My River Chronicles,” is both a tale of career transformation and a compelling narrative about a time when working boats and industry played a large role in America’s economic and civic life.