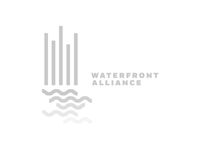 20 years after the events of September 11, 2001, Jessica DuLong’s book Saved at the Seawall: Stories from the September 11 Boat Lift provides the definitive history of the largest ever waterborne evacuation in recent U.S. history. Even before the U.S. Coast Guard called for “all available boats,” tugs, ferries, dinner boats, and other vessels sped to the rescue from points across our shared harbor. DuLong describes the inner workings of the New York—New Jersey Harbor and reveals the collaborative power of its close-knit community. Her chronicle of those crucial hours, when hundreds of thousands of lives were at risk, highlights how resourcefulness and basic human goodness triumphed over turmoil on one of America’s darkest days. With her permission, and her publisher’s, we gratefully present an adapted excerpt.

Tammy Wiggs had kept her eyes fixed on the burning buildings while she trailed Karen Lacey, walking west from the New York Stock Exchange. “The whole sky was littered with things falling.” At first she thought everything fluttering through the sky was only paper. Then she spotted movement and recognized the shapes as people. “I saw dead bodies. I saw bodies jumping out of the building.”

Like “a little puppy dog” Wiggs continued following Lacey. “I thought she must know what she was doing because she was so certain about getting home. … I didn’t realize it meant going that close to the buildings.” She continued to dial her sister’s number. “I wanted her to be the person that was taking care of me at that point and not somebody that I barely knew,” she explained years later, through tears. “I just wanted her to tell me what to do.” What she couldn’t know then was that the corner of 3 World Financial Center where her sister’s Lehman Brothers office was located would soon be sliced by fragments of a crumbling trade center tower.

Source
All Press
← Q&A with Jessica DuLong Earning the Readers’ Trust, And Other Notes on Editing →