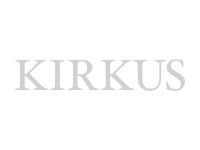 An unexpected portrayal of America in the decline of industry, delivered from the unique vantage point of the Hudson River. Fireboat engineer and journalist DuLong first laid eyes on the Hudson through the windows of the Empire State Building while working at her cushy dot-com job. After volunteering aboard the John J. Harvey in 2001, she entered into an intoxicating love affair with workboats, industry and labor that would drastically change her life. Her fascination with the fireboat’s history escalated into an obsession with the Hudson River, whose industries were a significant factor in the early development of America. After getting laid off from her job, DuLong gave her life to physical work on the water, and over time she became one of the only female fireboat engineers in the world. As her personal adventure on the Hudson unfolds, she paints an eye-opening picture of what America has been—a country of bootstrap entrepreneurs and hands-on laborers—and what it is becoming, awash in the decay of industry, a faltering economy and the regression of human innovation. Through stories of those who still toil with their hands and who preserve and share the past, the author illustrates how a nation always on the cutting edge of technology may actually be moving backward, losing the facilities and knowledge to produce everyday goods and increasingly relying on foreign exports. Powerful reading for the quadricentennial of Hudson’s legendary voyage.”