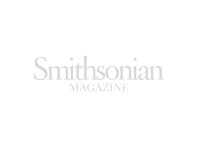 On 9/11, a Flotilla of Ferries, Yachts and Tugboats Evacuated 500,000 People Away From Ground Zero

Amidst the terror and tragedy of the day came these everyday heroes who answered the call when the city needed them most.

“The rescuers displayed not only compassion, but also innovation, creative problem solving, improvisation, and really remarkable professionalism,” says Jessica DuLong, author of Saved at the Seawall: Stories from the September 11 Boat Lift, originally published in 2017 and reissued in paperback this year, for the 20th anniversary of the attacks. This, she says, is part of maritime culture. “Everything is calm, boring and routine and then all of sudden, there’s something big and unexpected… a crisis that needed management.”

In the annals of 9/11, the boat lift is one of many acts of valor that day—but it was something else: a marvel of improvisation and efficiency in the midst of chaos and horror.

“That’s what is so remarkable,” says DuLong. “Nearly half a million people are vacated by boat, in a spontaneous, completely non-orchestrated effort. Individual mariners working together, individual boat crews doing what they can do. It was orderly, in most cases, but it was not organized.”

And the extraordinary nature of the response started even before that radio call. When the Coast Guard issued their call, she says, the boat operators were “helping facilitate evacuation operations that had already been going on. They did not come in and say ‘we got it’ or ‘we’re taking over.’ They said, ‘how can we be help?’”