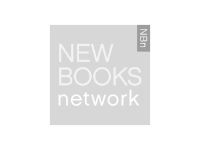 DuLong brings to this book her own skills as a journalist and her experiences as the chief engineer on the 1931 New York City fireboat John J. Harvey, a historic preservation project that was called back into service on September 11 to fight the fires around the World Trade Center.

Saved at the Seawall is more than a book about September 11. It is a story of work, New York Harbor, and how the skills and mindsets that mariners developed over many years were summoned up on a terrible morning. Together, they pulled off the largest waterborne evacuation in history—larger than the evacuation at Dunkirk in World War II.