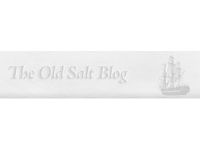 My River Chronicles: Rediscovering the America on the Hudson, is a fascinating voyage in the life of a young woman, who finds herself oddly quite at home in a most unlikely new job. It is also a journey through the history of America itself as it moves from an industrial past into an uncertain future. While working for a dot-com startup, Jessica DuLong started volunteering on a retired fireboat, the John J. Harvey. She was the first woman ever to run the engines. When her day job disappeared, she was offered a position on the fireboat where she spent so many hours as a volunteer. Over time, she became a licensed engineer on the historic fireboat, as well as the pilot on another tug. My River Chronicles is a deft mix of DuLong’s personal memoir, mixed with the history of the mighty Hudson and the towns that line the shore, with a judicious dose of commentary thrown in for spice. The writing is graceful and engaging and she balances the various elements of her account with remarkable skill. The book begins and ends with the tragic fire and explosions on the passenger liner Muenchen on February 11, 1930 at the Hudson docks. New York City fireboat pilot John J. Harvey died that day when the ship exploded. He was memorialized a year later when the John J. Harvey, the first New York City fireboat with an internal combustion engine was built and put into service. Jessica DuLong is refreshingly straightforward as she describes the challenges of being the first woman engineer on the John J. Harvey. You feel for her as she struggles with the levers at the engine controls. Built for a taller engineer, she needs to stand on her tip toes and use both hands to push the engine order telegraph all the way up to Full Ahead. You also share her amused victory as she carries in the wooden box on which she will stand to solve the problem. We follow the fireboat with DuLong at the engines on trips up river and down. The John J. Harvey is also the first fireboat on scene on 9/11, pumping river water around the clock to the firefighters at Ground Zero. The collapse of the towers cut all the water mains and the old “obsolete” fireboat proves herself invaluable once again….