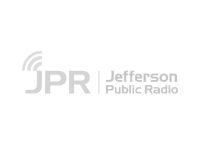 The 20-year anniversary of the September 11th attacks brings about a lot of reflection, and a few details on stories not previously known very well.

One is about boats: with mass transit and street traffic disrupted by the attack on the World Trade Center, how could commuters get home to New Jersey? By crossing the Hudson River in boats that normally took tourists around Manhattan, or served other roles.

The ad hoc river transit story is told by Jessica DuLong in the book Saved at the Seawall: Stories from the September 11 Boat Lift.

The author, who is also a retired Chief Engineer of a NYC Fireboat, checks in to talk about the people and the boats who carried people out of the danger zone to safety.