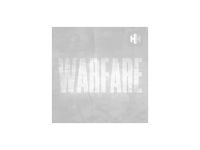 From Napoleonic battles to Cold War confrontations, the Normandy landings to 9/11, this podcast opens up fascinating new perspectives on how wars have shaped and changed our modern world. Each week, twice a week, war historian, writer, and broadcaster, James Rogers, teams up with fellow historians, veterans, and experts to reveal astonishing new histories of inspirational leadership, breakthrough technologies, and era defining battles. Together they highlight the stark realities and consequences of global warfare. Join us on the front line of military history.

At 8:46 am on 11 September 2001 the first plane hit the North Tower of the World Trade Centre in Lower Manhattan. Over the next 9 hours, almost half a million people were evacuated from that island by boat, many other options being made impossible. Here to share the story of this maritime evacuation is Jessica DuLong. Jessica is a journalist and historian, as well as chief engineer emerita of the retired 1931 New York City fireboat, John J. Harvey. She tells us about the boats involved, the obstacles they faced, and about her own experience of ground zero.  Her book on this topic is called Saved at the Seawall: Stories from the September 11 Boat Lift.