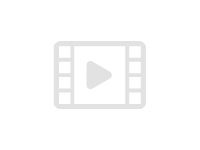 When Jessica DuLong lost her dot-com job in 2001, she left the high floors of her Empire State building office for a rusting underwater engine room. Using the cushion of unemployment checks, she began apprenticing on the John J. Harvey, a historic fireboat built in 1931. Today, she is the chief engineer of that boat, which was retired in 1999 but was called back into service on Sept. 11 to pump water to the World Trade Center. It currently operates as a nonprofit out of Pier 60.

A shorter version is here.

The Sixth Borough: That’s what Mayor Bloomberg calls the 578 miles of shore land that encircle the five boroughs of New York City. This project presents multimedia portraits of the people who live and work on New York City’s waterfront. Stories from the sixth borough were reported and produced by students at the Columbia University Graduate School of Journalism.

Engineering a Passion from Brett Essler on Vimeo.

Source
All Press
← ‘What Saves Us Is Hope’: In the Time of Covid, Remembering 9-11 Remembering the Marine Workers Who Ferried New Yorkers to Safety on 9/11 →
Manage Cookie Consent
Cookies are used to optimize this website
Manage options Manage services Manage vendors Read more about these purposes
Preferences
{title} {title} {title}