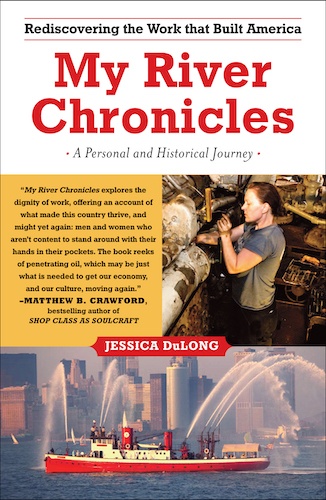 If the canaries found it in their hearts to sing, no one could hear them. One minute they were flitting about the treetops in Germany’s Harz Mountains. The next they had been netted and stowed in the belly of the steamship Muenchen. Each bird perched in its own tiny wooden cage that hung side by side with six other birds in six other cages, all swinging from a single wooden rod. Then another rod with seven cages, and another, and another. Seven thousand caged birds swayed in the cargo hold as the ship’s bow cut through the squally sea.

Twelve storm-tossed nights after the birds—involuntary immigrants—had departed Bremen, Germany, they arrived in New York harbor, two days behind schedule. On Tuesday, February 11, 1930, as the ship approached Manhattan’s Pier 42, no one knew that the cargo in nearby Hold Six had already begun to smolder. The 499 sacks of potash, forty drums of shellac, 386 rolls of newsprint, 234 bales of peat moss, along with steel and aluminum, all stored side by side, were a recipe for a mighty conflagration.

Two hours after the steamship’s arrival on Manhattan’s West Side, four longshoremen stood in Hold Six, unloading bags of potash—fertilizer bound for New England farms. They heard a crackling noise, and a streak of blue flame shot up from the sacks at their feet. They stamped on the smoldering bags trying to smother the flames, but soon thick black smoke filled the hold. The men, coughing and choking, scrambled for safety as huge tongues of flame began to lick out above the deck. The blaze spread quickly to other cargo holds, and within minutes fire consumed the whole rear of the ship.

An electric pulse from the New York City Fire Department’s dispatch office snapped through telegraph wires to ring a bell in the station house at Pier 53, fourteen city blocks away. A specific sequence of clangs summoned Engine Company 86 to the scene. Firefighters readied hoses and engineers stoked the boilers of fireboat Thomas Willett, and pilot John Harvey hurried to the helm. Surely he could already smell the burning. With more than two decades’ experience on the job, Harvey took the wheel, signaled the engine room, and the Willett steamed south at full throttle.

Meanwhile, the Muenchen‘s crew, with the aid of longshoremen, hooked up a hose from the pier and raised it on a boom to reach the upper deck. But the hose line was frozen. Soon the billowing smoke was so dense that the men standing near the hatch were scarcely visible to spectators gathering on the pier, a crowd that by day’s end would number ten thousand. None of the firefighters rushing to the scene, by land or by river, knew then what Hold Six contained.

At 11:30 a.m., fireboat Willett rounded up on the south side of the pier. The whole stern of the Muenchen was aflame. Directed by the battalion chief, Harvey brought the boat as close to the fire as he could. He had no idea he was sidling up to a bomb.