Home September 11 on the Water 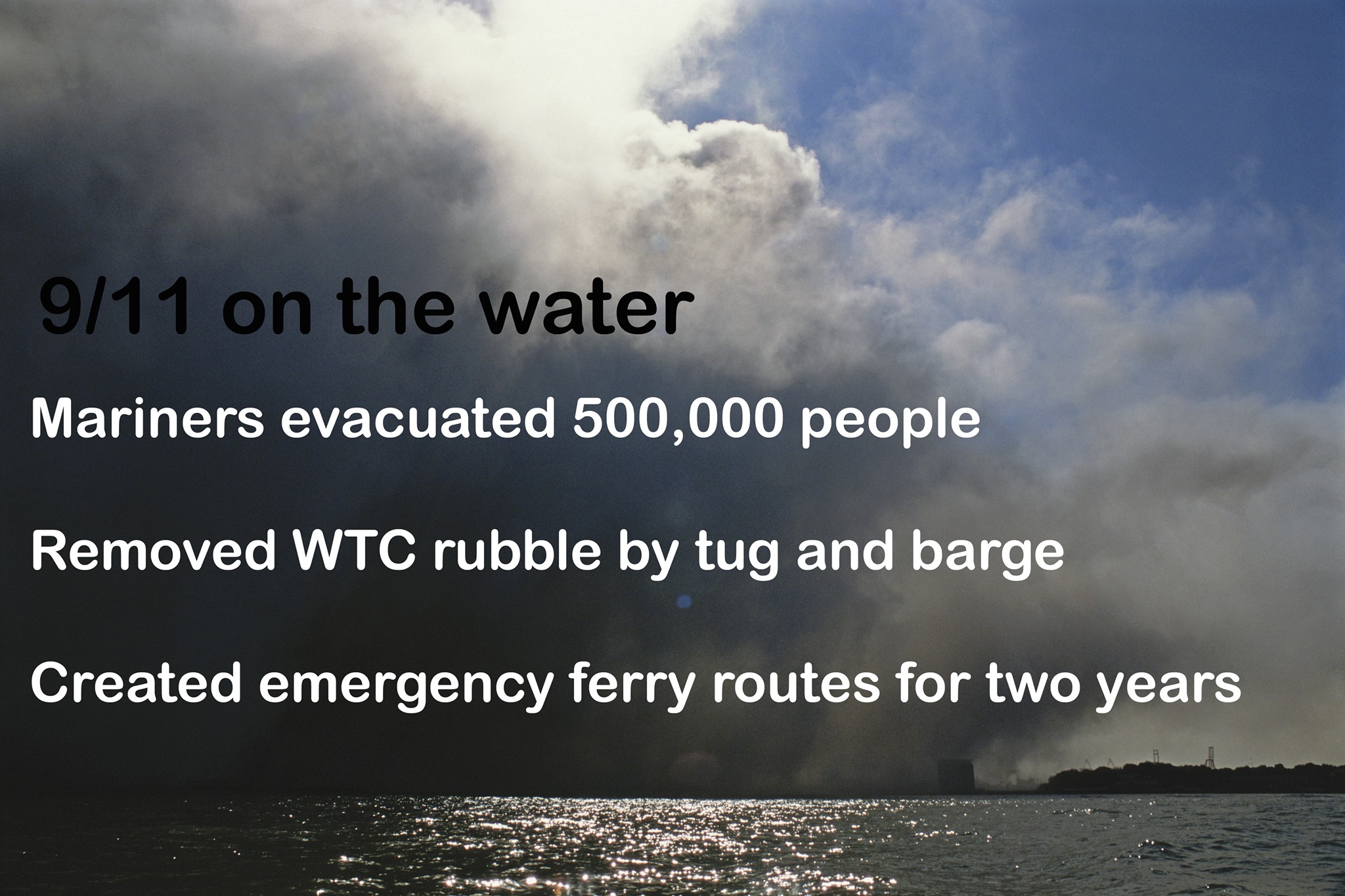 September 11 on the Water

We welcome hearing from mariners who participated in any way or people who were evacuated by boat.

Carolina Salguero, moderator, PortSide founder & Executive Director, she was then a photojournalist who was going to the WTC on her powerboat, encountered the boatlift and shot it and then shot at Ground Zero. She got out on a tugboat. She curated our related exhibit in 2011 memorialized at https://portsidenewyork.org/911-maritime-response.

Richard Naruszewicz former tankerman on our historic ship MARY A. WHALEN. He was a fast ferry captain on 9/11 and evacuated more than 4,000 people.

Jessica DuLong A journalist, author and licensed engineer; on 9/11, she was working as an engineer on the retired fireboat John J. Harvey. In 2017, her book “DUST TO DELIVERANCE: Untold Stories from the Maritime Evacuation on September 11,” was released. The book has been re-released in paperback, with a new preface and a foreword by Mitchell Zuckoff (FALL AND RISE), under the new title “SAVED AT THE SEAWALL: Stories from the September 11 Boat Lift.”

Jan Andrusky. She was a towing dispatcher at Weeks Marine. They installed 2 emergency bargeports and removed the rubble by water, reducing cleanup time from 2 years to 8 months.