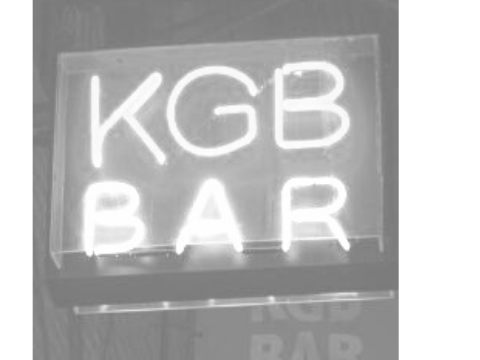 “All Kinds of Talents”

with your hostess, Kathleen Warnock

Melody Bates is a native Oregonian actor and writer based in Brooklyn, NY. She is a queer femme creatrix who brings people together to make art that is radical and wildly entertaining. The NYIT Awards have recognized her work with 11 nominations and 3 awards, including Outstanding Lead Actress, Ensemble, Full-length play, and Original Music. As an actor she has appeared on NBC, PBS, and in numerous films, and has performed at The Public Theater, BAM, Boston’s A.R.T., and the Metropolitan Opera, where she appeared in Sir David McVicar’s Agrippina as a solo dancer just before the pandemic struck, and where she returned to live performing in the new Rigoletto on New Year’s Eve.

Melody’s play R & J & Z was heralded by the NY Times as “boisterous and splendid.” It was published by Original Works Publishing in 2020 and continues to be produced around the country. She was featured in Necessary Exposure: the Female Playwright project, and was a finalist for the Doric Wilson Independent Playwright award. Her other plays include THE CABARET AT THE END OF THE WORLD and AVALON, which won the state of Maine’s 2020 Innovation & Creativity Award. She holds an MFA in Acting from Columbia University and is delighted to be back at DCW!

Jessica DuLong is a Brooklyn-based author, journalist, editor, and book collaborator/coach. Her book, SAVED AT THE SEAWALL: Stories from the September 11 Boat Lift is the definitive history of the largest-ever waterborne evacuation. Anchored in eyewitness accounts and written by a marine engineer who served at Ground Zero, SAVED chronicles the spontaneous rescue of nearly half a million people from Manhattan Island.

DuLong’s previous book, MY RIVER CHRONICLES: Rediscovering the Work that Built America won the 2010 American Society of Journalists and Authors Outstanding Book Award for memoir. DuLong writes regularly for CNN.com and collaborates on nonfiction books that include memoir; history; trauma, psychology, and neuroscience; race, racism, and equity; gender; parenting; and justice. She has taught writing with Voices From War and The Sackett Street Writers Workshop. A USCG-licensed marine engineer, she served aboard retired 1931 NYC fireboat John J. Harvey for two decades, 11 years as chief.

Tim Tomlinson is the author of the poetry collection, Requiem for the Tree Fort I Set on Fire, and the short story collection, This Is Not Happening to You. He is a co-founder of New York Writers Workshop, and co-author of its popular text, The Portable MFA in Creative Writing. He teaches writing in NYU’s Global Liberal Studies.

Drunken! Careening! Writers! is a reading series based on the proposition that readings should be by 1) good writers; 2) who read their work well; and 3) something in it makes people laugh (nervous laughter counts). And 15 minutes tops.